“What we want most to be, we are” (Movie Scientist blogathon)

This is my post for the Movie Scientist Blogathon, sponsored by Silver Screenings and Christina Wehner. Thanks for having me, y’all (and sorry for running a bit late on “Mad Scientist” day. My pick is the version of Dr. Jekyll and Mr. Hyde with the one and only John Barrymore.

For years, I had thumbed through my father’s dog-eared copy of “A Pictorial History of Horror Movies,” and I was thrilled to finally watch my first Barrymore. After hearing for years about “The Profile,” this was going to be a treat.

Most people know the story– Robert Louis Stevenson’s classic novel about a doctor intent on separating the aspects of man’s personality: the good, and the not-so-good. It was turned into a stage play that made the impetus behind his transformation more of an external one as opposed to Stevenson’s original, more internalized reasons. This was one of the first filmed versions (the first was Thanhouser’s with James Cruze in 1912, available here), and it captivated the nation. Barrymore had needed a hit, and he had it.

Directed by John S. Robertson (who also helmed a few other flickers for Barrymore and Mary Pickford), this version stars John Barrymore (of course), Martha Mansfield (as his sweetheart, Millicent Carew), Louis Wolheim (as the music hall owner), and Nita Naldi (as dancer, Miss Gina).

“Don’t worry, Milly. Lemme just get some ya-yas out, then we can get hitched, mmmkay?”

Henry Jekyll is a philanthropist and all-around good guy who manages a “human repair shop” for helping the poor with various ailments (a euphemism for today’s type of free clinic). He’s got a pretty fiance’, Millicent, and a bright future. But when Sir George Carew (the father of Millicent), finds Jekyll’s altruism something to poke fun of, he unknowingly plants an idea that begins to obsess Jekyll. He can’t believe that one man would deprive himself of so much in his constant service to others. Jekyll defends himself in saying that it is in service to others that one develops himself.

“Which self?” Carew scoffs. “…a man cannot destroy the savage in him by denying its impulses…”

And so begins Jekyll’s experimentation with a formula– one that can separate man’s baser natures into a different personality. He calls his Mr. Edward Hyde.

Ask us about our economical and convenient orthodontia packages…

Hyde digs bars and opium dens and other nasty places, and he’s turned on by skanky women like Miss Gina, a dancer at a nearby club. She’s exotic and earthy, and she turns him on in ways poor Milly couldn’t even think of. So much so that he takes rooms in the ‘hood to be more within that element when he’s Hyde-ing. Oh and one more thing about Gina? She’s got this cool ring that opens up to hold poison (<–foreshadowing).

Miss Gina got A’s in Scarf-Waving 101

Jekyll actually has the forethought to tell his servant Poole, essentially, “Oh, buddy, there may be a complete stranger hanging around the house. Chill and let him do his thing. He’s a friend of mine. ”

He has also had the forethought to create a potion to turn him back into his milquetoasty original version, but as these evil alter ego changeover things go, it isn’t the best remedy. In fact, each time he takes his evil potion, the counter potion returning him to Jekyll status isn’t quite as effective. He looks more evil and acts more evil than the time before.

But of course, the supply of the drug to turn him back Jekyll-ish is soon gone, and now he has to try to figure out how to get more, when  London is having a run on Jekyll-drug supplies.

How the heck can he make a Walgreen’s visit when he could spontaneously Hyde at any moment? Why is his future father-in-law so concerned about his freaky friend, Hyde? Why is Gina’s ring missing?

These questions and more are answered in the movie, and it can be fun at times– when Hyde is around. Barrymore is the man to watch here, and his transformations are remarkable (the first one knocks your socks off). The long hair, the shadows under the eyes, and the closeups of his hand turning arthritic and clawlike– the personification of evil.

The directing is also quite good. There’s a scene with a spider that is seriously creepy. But quite frankly, when Barrymore wasn’t onscreen, I found my mind wandering. The other characters seem like they’re sleepwalking by comparison. I’m a silent film fan, but was really disappointed in most of the other acting.

Poor Martha Mansfield (she of the hoop skirt disaster from the Warrens of Virginia) smiles and looks pretty but doesn’t have a lot to do overall. It’s a shame she was never given a chance for more of a career.

And Nita Naldi, in one of her first roles, while pretty and earthy, is supposedly a “dancer.” Her pre-Isadora Duncan dancing looked curiously like Prissy’s lollygagging in Gone With the Wind (at about 0:06-:07). Blood and Sand is a far better vehicle for her. Although she does a good take as the post-Hyde, used up version of Gina.

I give it three stars, based solely on Barrymore.

2 thoughts on ““What we want most to be, we are” (Movie Scientist blogathon)”

My first novel, Love Lies Bleeding, will be released in the spring. As a little taste, here is a little glimpse into my main character, Frank Conley, a member of 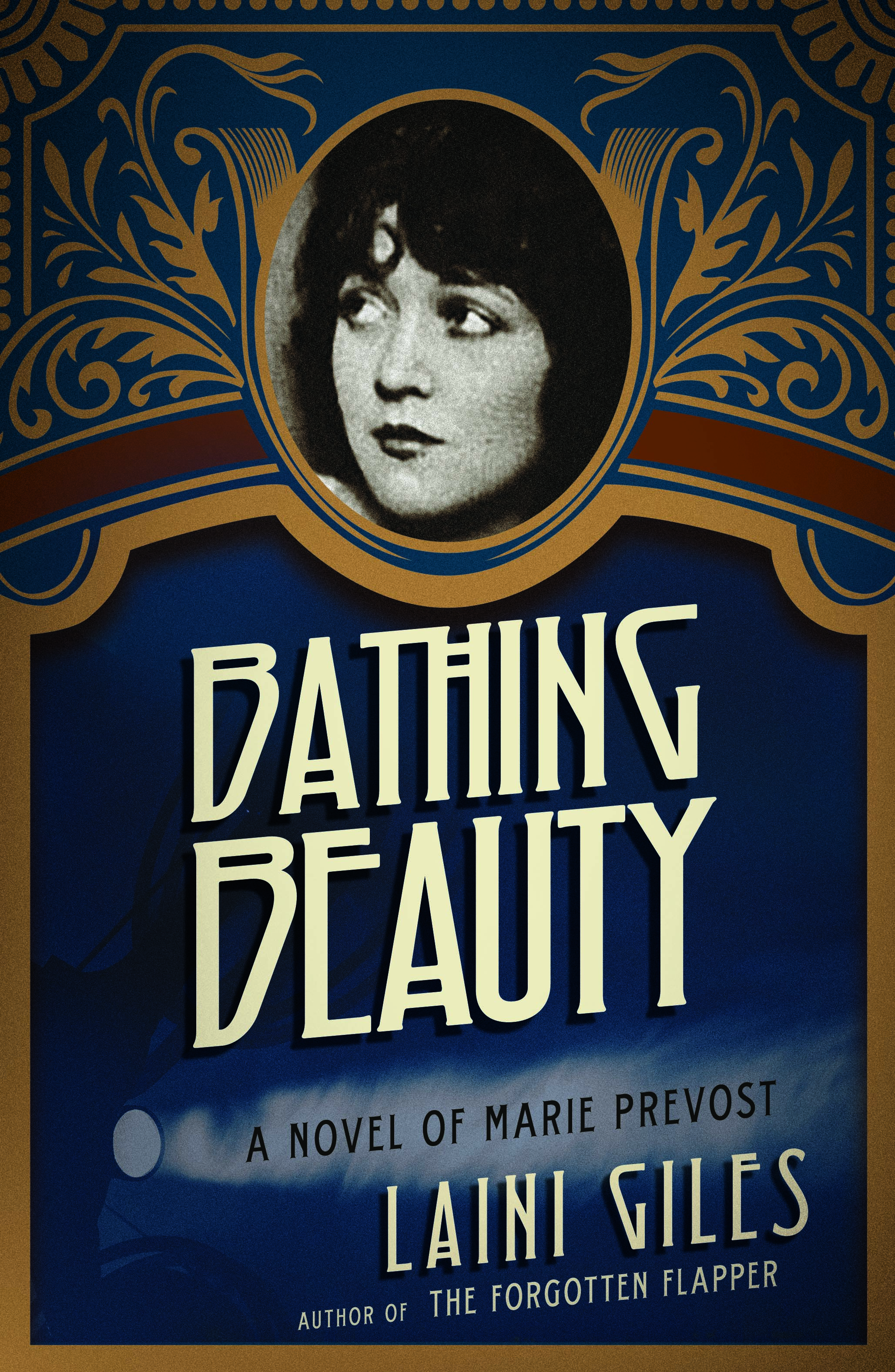 I’m pleased to announce that Bathing Beauty is out, as of yesterday. The hard copies are available on Amazon. the eCopies will be out shortly, after a few more edits.

Tune in and let me know what you think. http://historyauthor.com/2017/04/laini-giles-it-girl-clara-bow/

The It Girl and Me

I LOVE my fans! If you enjoy my work and want to support me creating fun glimpses of old Hollywood, the best way to do it is to become a Patreon supporter, I'll add your name here as a valued member of our community! To see more about Patreon, go to www.Patreon.com/lainigiles

Check out my page at indiebound to buy books from an indie bookstore near you!

I wrote about 1953's Kiss Me Kate (one of my favorites!) and shared a scrumptious recipe for cherry chocolate chunk ice cream.

I wrote all about John Barrymore's Dr. Jekyll and Mr. Hyde.

I scribbled some brief thoughts about Ziegfeld Girl

I elucidated ebulliently about the exciting adventures of Betty Hutton in "The Perils of Pauline."

My topic? "Jeanne Eagels was Robbed. Why the stage’s most recognized Sadie Thompson didn’t appear in the film."

I covered Clara Bow's "Getting ready for dinner" scene in 1926's It.